Sumiko Saulson is a cartoonist, science-fiction, fantasy and horror writer, editor of Black Magic Women, Scry of Lust and 100 Black Women in Horror Fiction, author of Solitude, Warmth, The Moon Cried Blood, Happiness and Other Diseases, Somnalia, Insatiable, Ashes and Coffee, and Things That Go Bump In My Head.  She wrote and illustrated comics Mauskaveli, Dooky and graphic novels Dreamworlds and Agrippa. She writes for the SEARCH Magazine and the San Francisco Bayview column Writing While Black.  The child of African American and Russian-Jewish parents, a native Californian and an Oakland resident who’s spent most of their adult life in the San Francisco Bay Area. 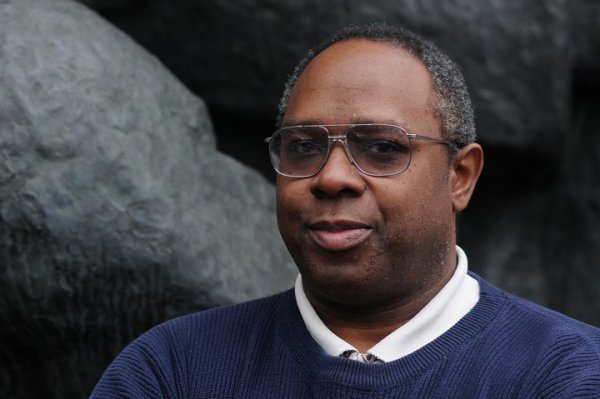 Kevin Myrick is both an artist and a technologist. He studied design and entertainment technology at San Francisco State University in the early 1970s, and works today as a theatrical technical director, lighting and multimedia designer, audio engineer and videographer for drama, musical theatre, dance and variety arts productions in the Oakland/San Francisco Bay Area. Kevin was one of the first to combine the emerging technologies of video projection and personal computers, learning computer programming on the fly, to program and project computer generated animated art as part of variety entertainment shows at the famed Filmore Auditorium in San Francisco in 1980. Kevin was a pioneer in community and public access television, wearing many hats as producer, technical director, lighting director, videographer or editor for studios in Atlanta and the Bay Area, for special events and long running shows including The Make Your Own Break Show and Free Enterprise back in the 1980s, and The San Francisco Dance Channel in the early 2000s.

Author Kai Leakes was an imaginative child. Writing didn’t seem her path, but with the goal of sharing tales that entertain and add color to a gray literary world has become a part of her DNA. She resides in her hometown St. Louis, MO. Her passion for romance with a touch of darkness and vampires led to her popular series, ‘Sin Eaters’ Devotion Books and companion novella with additional stories. Kai was featured in the HWA award-nominated horror anthology ‘Sycorax’s Daughters’, and sci-fi anthology, ‘The City’. Hopelessly romantic, Kai is releasing, “Love, Trust & Pleasure: A Brothers of Kemet Series.

Nikki-Michelle resides in Metro- Atlanta, Georgia by way of Lexington, Mississippi. Carried by her love of reading, she began writing at the early age of twelve and has been on a journey of “trying” to pen the perfect novel ever since (she’s still working on that). Her love of writing and wanting to create fiction with true to life situations are what inspire her to continue to write stories readers will enjoy with characters they can relate to. You can catch her works in the previously released anthologies ‘If Only For One Night 1&2,’ ‘Full Figured 3’, and ‘Girls From Da Hood 7’. Her full-length works include ‘Tell Me No Secrets’ and ‘Tell Me No Lies’ ‘All the Things I’m Missing at Home’ and the critically acclaimed, Bi-Satisfied & Bi-Sensual. She’s also dabbled in the Fantasy genre as she co-authored ‘Promised Land’ with Essence best-selling author, Brenda Hampton.